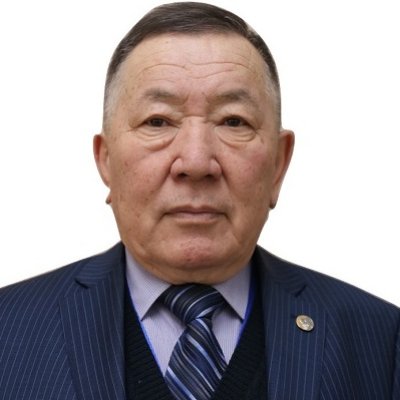 Since 1974 Beken Zhasymbaevich Kemelbekov has worked at communications enterprises from an electrician to the deputy general director of the Dalnyaya Svyaz Association and the deputy director of the Center for the Primary Backbone Network of Transtelecom JSC. In 1997, dissertations for the degree of candidate and doctor of technical sciences were defended in the specialty "Systems, networks and telecommunication devices". Since 1998, while working in production, at the same time he lectured at the Almaty Energy Institute, the Kazakh Academy of Transport and Communication.

More than 100 scientific papers that have been published in various Kazakhstani and foreign publications, including the co-author of 10 books, including a 4-volume publishing project “Modern problems of fiber-optic communication lines”. This project consists of eight books and has no analogues to this day, and is the only publication covering the entire range of issues related to the production of components, design, operation of optical communications (1999 - 2005); the English-Russian Kazakh dictionary of technical terms, several textbooks and KTZh Rules (4 books) were published.

In 2006, he was elected a full member (Academician) of the International Academy of Creativity.

In 2007, he was elected a full member (Academician) of the International Academy of Sciences of the Russian Federation.

In 2013, he was elected a full member (Academician) of the Academy of Informatization. He is widely known as the author of outstanding works in the field of digital and optical communication lines, the theory of waveguides and optoelectronics. One doctor of technical sciences, four candidates of technical sciences, two PhD students, more than twenty masters defended their works under his supervision.

Laureate Winner of many awards and prizes, including science and other spheres of society.

2006 - awarded the medal "For Merit in Radio and Telephone Communication"

2006 - for a series of monographs published within the framework of the Russian-Kazakhstan publishing project "Modern problems of fiber-optic communication lines" was awarded the Diploma of the laureate of the prize of A.S. Popov

2007 - Honorary Diploma of the International Academy of Creativity for the achievement of high results in the development, creation and use of fiber-optic technology and digital communication systems, he was awarded the Diploma of the Production Association "Center for Modern Technologies"

2007 - Awarded the honorary badge of the International Academy of Creativity

2008 - awarded the badge of the International Academy of Creativity

2010 - awarded by the international independent Socratic Committee (Oxford, Great Britain) with a special prize in the field of scientific research "The Name in Science" and the name is entered in the World Register of Outstanding Scientists of the XXI century since presentation of the badge "For Contribution to World Science"

2016 – Awarded the medal of the international organization "Beibitshilik Alemi"