The ICPC International Collegiate Programming Contest - is the largest student team competition in programming. The ICPC Student Programming World Team Championship has its roots in a competition held at the University of Texas in 1970. The championship took its current form in 1977, when the first final was held as part of the annual ACM Conference on Computer Science and has been held annually since then. Until 2017, the championship was held under the auspices of the Association for Computing Machinery (ACM). Since 1989, the competition has been organized by Baylor University. At various times, such companies as Apple, AT&T and Microsoft became sponsors of the competition, from 1997 to 2017, IBM was the general sponsor, and since 2018, JetBrains is the global sponsor of programming tools.

From 1977 to 1989, teams of universities from the United States and Canada mainly participated in the Olympiad. To date, the Olympiad has become a global competition: in 2019, 52,097 participants from 3,233 educational institutions representing 110 countries took part in it. 135 teams competed for the main trophy in the final tournament.

Russia, Azerbaijan, Armenia, Belarus, Georgia, Kazakhstan, Kyrgyzstan, Latvia, Lithuania, Uzbekistan, and Tajikistan make up the Northern Eurasian region, which annually delegates its best teams to the final tournament. The region's quota for the number of teams is 12 teams, meaning the top 12 universities qualify for the World Final.

In 2018, on December 1, the MIIT team won the Gold Medal at the Northern Eurasia Championship, becoming the first team of Kazakhstan in history to show such a powerful result.

In the 2014 World Finals, the IITU team entered the top 20 teams, beating the teams of the Massachusetts Institute of Technology, Stanford University and other top universities in the world. On April 4, 2021, the MUIT team consisting of students Baymukanov Abay, Kyzyrkanov Parasat, Sardarbekov Batyr, under the guidance of coaches Sultanov Eskendir and Satylkhanov Temirlan at the Northern Eurasia Championship held in St. Petersburg, Russia took the diploma of the II degree and qualified for the ICPC World Final 2021, which will be held in November 2021. The Northern Eurasia region will be represented by 12 universities at the 2021 World Final:

More than 1000 teams from all universities participated in the selection for the final of the Northern Eurasia Championship, and the best 50 teams were selected for the final stage. At the final stage, Kazakhstan was represented by teams from 4 universities: IITU, KBTU, SDU and Nazarbayev University. According to the results of the competition, only the IITU team managed to reach the ICPC World Final 2021, becoming the only team from Kazakhstan and Central Asia.

The successful performance of teams of universities of Kazakhstan at such intellectual competitions raises the image and prestige of universities in our country, as participants of such Olympiads can work in any International IT giant companies. In practice, most of the graduates working in companies such as Google, Microsoft, Facebook, Booking, Apple, Yandex and other companies were actively engaged in Olympiad programming during their student days, which developed their skills in effective coding, algorithms and data structures, solving non-standard problems, and others at the level of a master, grandmaster. These students were trained in Kazakhstan, in IITU, that is, by raising the mass level of the Olympiad movement, we will educate IT students who are able to work in any international IT company, that is, our graduates will be competitive in the global IT market. 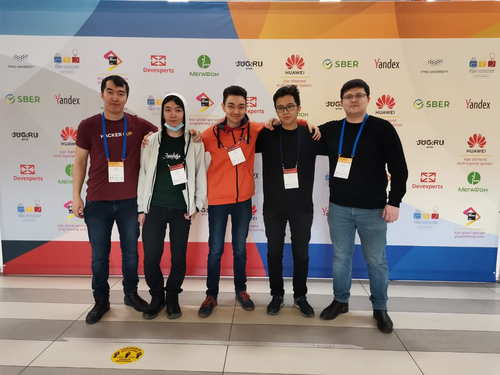 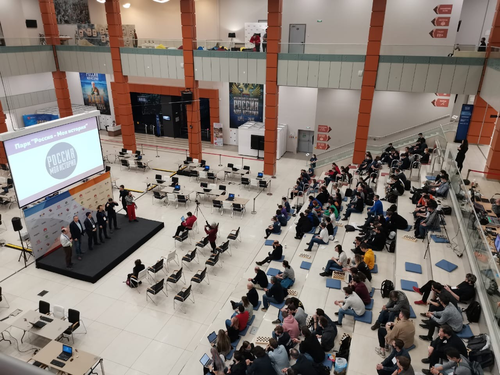 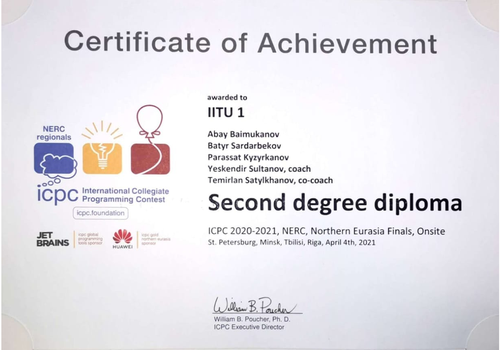