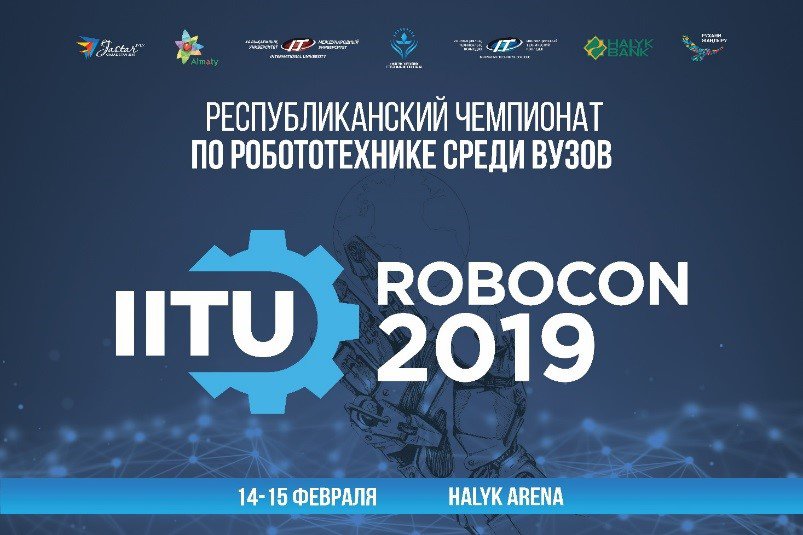 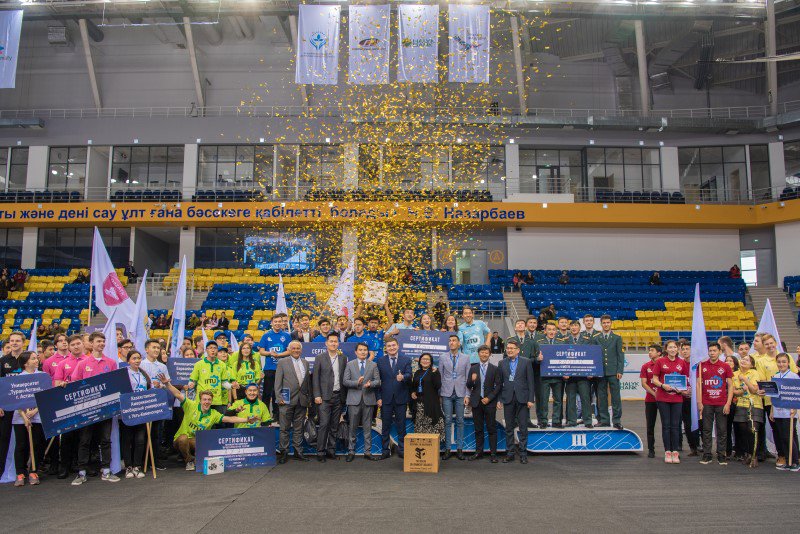 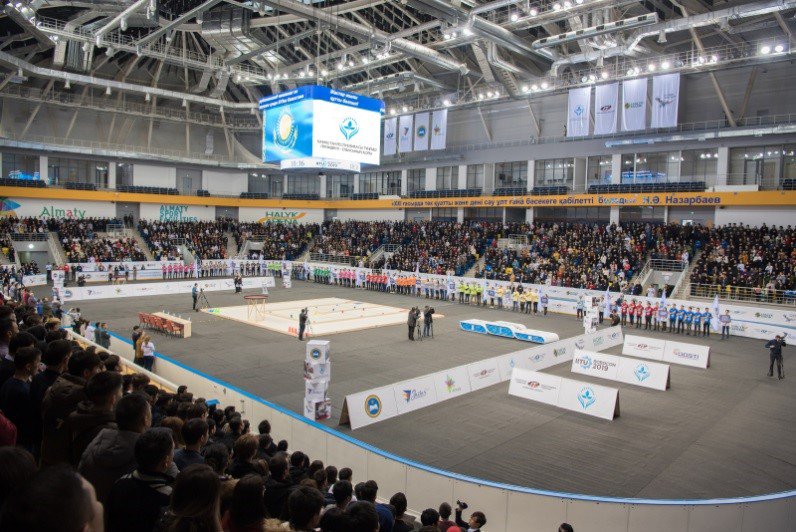 This championship was held for the first time in 2019 at the Halyk Arena Ice Palace among 15 student teams from all over Kazakhstan.

General sponsor: Foundation of the First President of the Republic of Kazakhstan - Elbasy.

Project description: The IITU Robocon Championship is a competition between teams in robotics based on the Arduino platform. It gives young talents the opportunity to start developing robots “from scratch” (constructing the robots’ mechanics and electronics) to writing a robot intelligence program. The championship is meant to raise the participants’ proficiency level to that suitable for the position of a junior laboratory assistant in any scientific institution specializing in the field of IT, electronics and robotics. 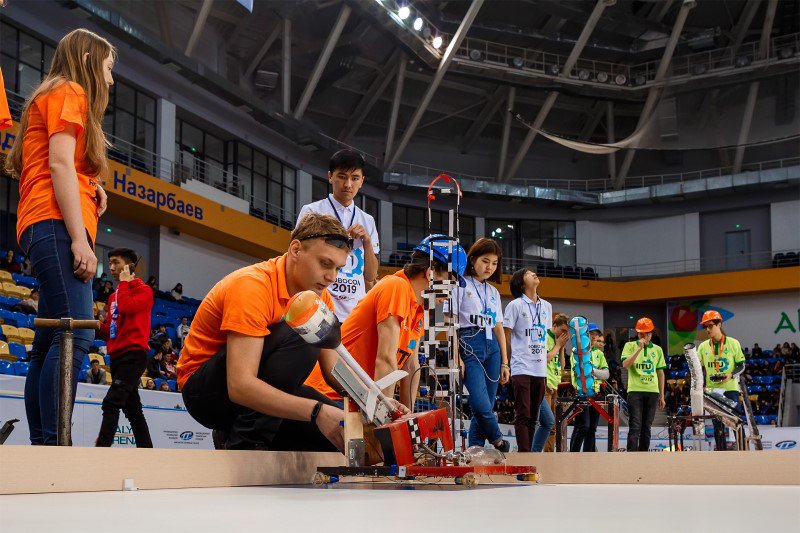 Rules of the game: The playground field measuring 12x12 meters is conditionally divided into two equal halves for the red and blue teams. Each team should create 2 robots of different types: a controlled and an automatic one. The teams play one match lasting for 3 minutes, the winning team is the one which scores more points. Each team must present 2 working robots (based on the Arduino platform, Raspberry Pi or their analogues):